I’ve wanted to try this pattern I found on Pinterest for sometime. When I was asked to make a neck and shoulder heat pack I thought now was a great time to try it out. 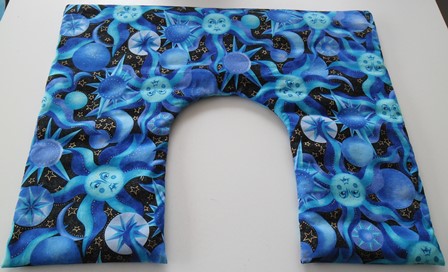 I really like how this one has the chambers for the rice to sit in and not move about. How many times have you picked up a heat pack and had all the filling fall to the bottom. The tutorial done by Alissa is really simple to follow. I’ve made heat packs before but I’ve never made a shaped one before. When I make heat packs I like to have an outer cover that is washable over mine so I followed Alissa’s tutorial than made an additional cover. 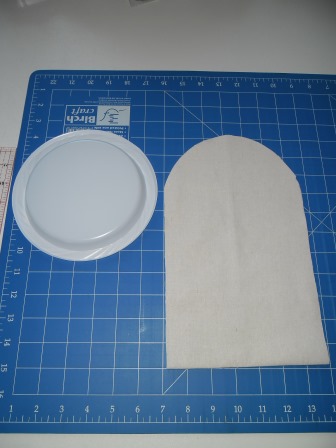 To get the round neck shape I found a plastic plate came in handy for the curve. The calico piece next to it was the piece I cut away. 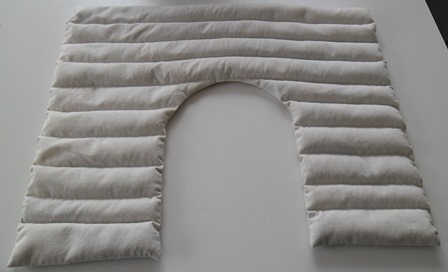 Once I finished filling the chambers of the heat pack I measured it to see the finished size. I first made the outer case following the same steps as in making a regular rectangle pillowcase. To cut the neck area I then placed my heat pack over the top and traced a chalk mark around the inner neck area this was my finished size line. From that mark I did a second chalk line about 3/4’s of an inch in which was my cutting line. All my seams on this outer case were just straight stitch followed by an overcast stitch on the raw edge.

I tried not to make this too heavy. It weights 2kg which isn’t too bad. I fill my heat packs with rice and lavender.

Updated 22/11/20
The weblink was to http://www.craftyendeavor.com but unfortunately I don’t think the site is active anymore.

This site uses Akismet to reduce spam. Learn how your comment data is processed.